Is this the first example of a Masters race?

Like many 'older' runners I  enjoy racing in Masters age group races.  But is this the first example of  such a race?

The venue is Stamford Bridge Grounds and it is December 1892.  A  race over 10 miles has been arranged for 'Peds!' (Pedestrians /foot racers) over the age of 50.  Certainly The Adelaide Advertiser of the 24th January 1893 thought it a unique event.

The race, the brainchild of Sir J D Astley, believed an "old timers" race would not only attract a good attendance but would provide an opportunity of a final pay day for:


Men whose names years ago were household words in sporting circles, but who have been gradually going downhill both in age and pocket.

With a prize of £50 for the winner and lesser sums for those who followed.  There were 48 entrants, of which 38 actually started.  Those that did not make the start line included the famous "Gateshead Clipper" Jack White.

The race was a handicap, with those over the minimum age of 50 receiving 50 yards for each additional year of age.

The starters included well known "peds" such as " The American Deer" and Bill Lane "Crowcatcher".

Two runners started off scratch with E Moorhouse the "Waterloo Pet" at the age of 73 gaining a 2,270 yard advantage.

The newspaper report goes on to describe that:

after a few laps had been covered some of the competitors began to find that they were not quite so active as they used to be, and one by one a dozen or so dropped out, but at 5 miles there were still 25 left in and nearly all these finished.

The race was won in 1hr 1 min 39 sec by "Choppy" Warburton of Liverpool with Shipley, who started off scratch second.  Unfortunately the winner was later disqualified, when it was found that he was only 48 years of age.

Another date for your diary

There seems to be another new race heading our way.  Unfortunately, as yet I don't know that much about it, other than it is a 10km trail race in Gateshead on August 16th.

Thanks to being a new follower on Twitter @gateshead10K, tweeted these basic details.  However, looking at the photographs they have posted it appears that the race will take place around The Derwent Walk.

It appears that they also organise races in Sheffield and one to be held in June, a multi- stage trail race , held over 1 day looks interesting. More details can be found Here
Posted by Alan Dent at 13:57 No comments:

Conditions were good for this years race with the sun finally breaking through just before the start. I had decided to start well back in the field and not wearing a watch, just run as I felt.  As the race got underway I was surprised at just how far back I had actually started in this near 400 runner field. 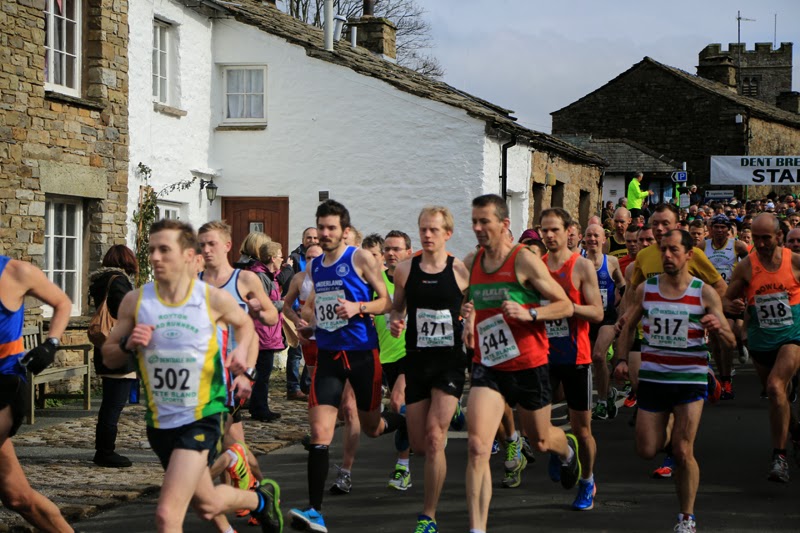 As we made our way down the narrow road,  I could initially only, trot along at just faster than walking pace.  Looking ahead as the field snaked its way ahead of me I could tell that I wasn't even in the top 200!  However, as gaps in the wall of runners appeared I started to slowly work my way up the field.

By the time we had reached 4 mile I hooked onto a group which included fellow Blaydon Harrier, Peter Chaffer, and as I moved to the front of this little gang, the group responded and came with me. The group staying together until just after 7 miles, when I decided to push the pace a little more.  After about half a mile I realised that I was not going to be able to maintain such a pace and decided to run in surges for the remainder of the race. 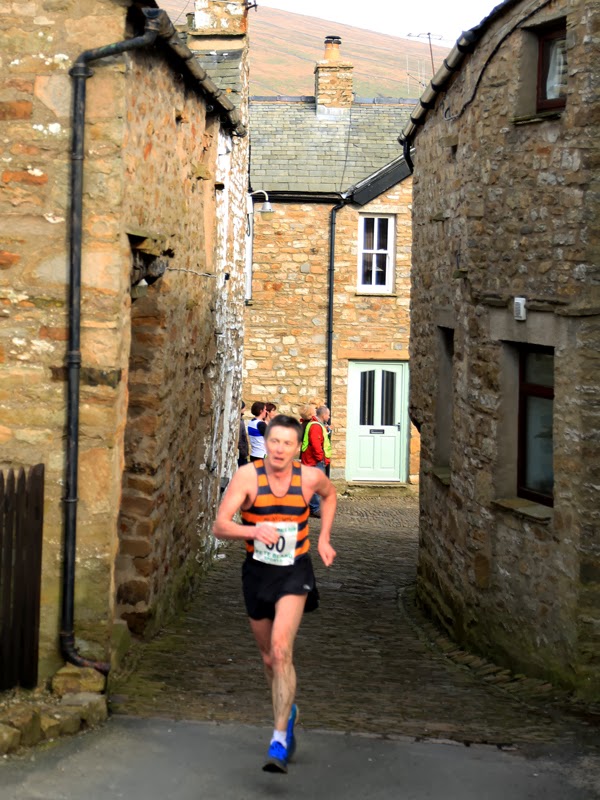 Dentdale is an undulating, figure of eight course and the last couple of mile contain a couple of nasty little climbs which took any wind that I had out of my sails.  However, I managed to keep it together to finish in 1.40.56 for 81st place.  Not too bad for my current level of fitness.  A couple of mile warm up and warm down, with Peter, giving me about 19 mile for the day. 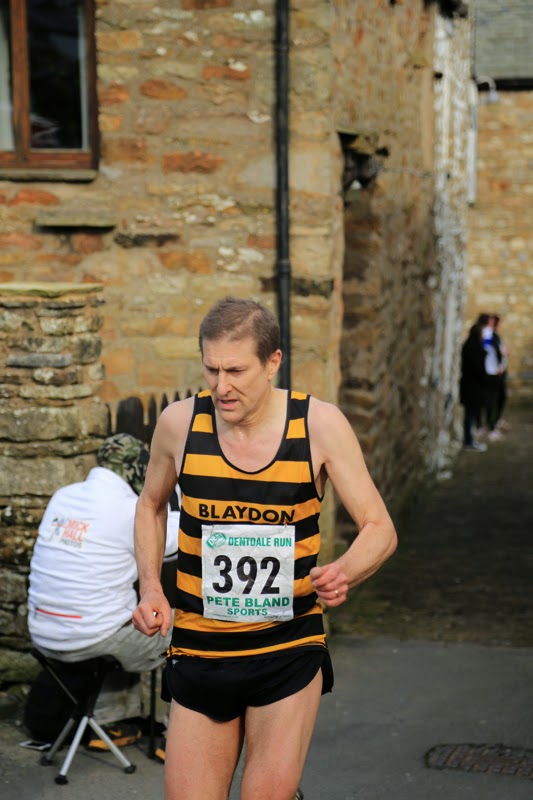 A great race - hopefully I will not be waiting another 24 year to run it again.

Thanks to Francesca for photos.

If I had to liken running to a board game then it would be snakes and ladders.  With the board representing the plan to get you from your starting point to your target.  The ladders representing those little extra improvements that help you move more quickly towards your goals and of course the snakes which are those injuries, illness and other set backs which creep up on you and knock your training back. 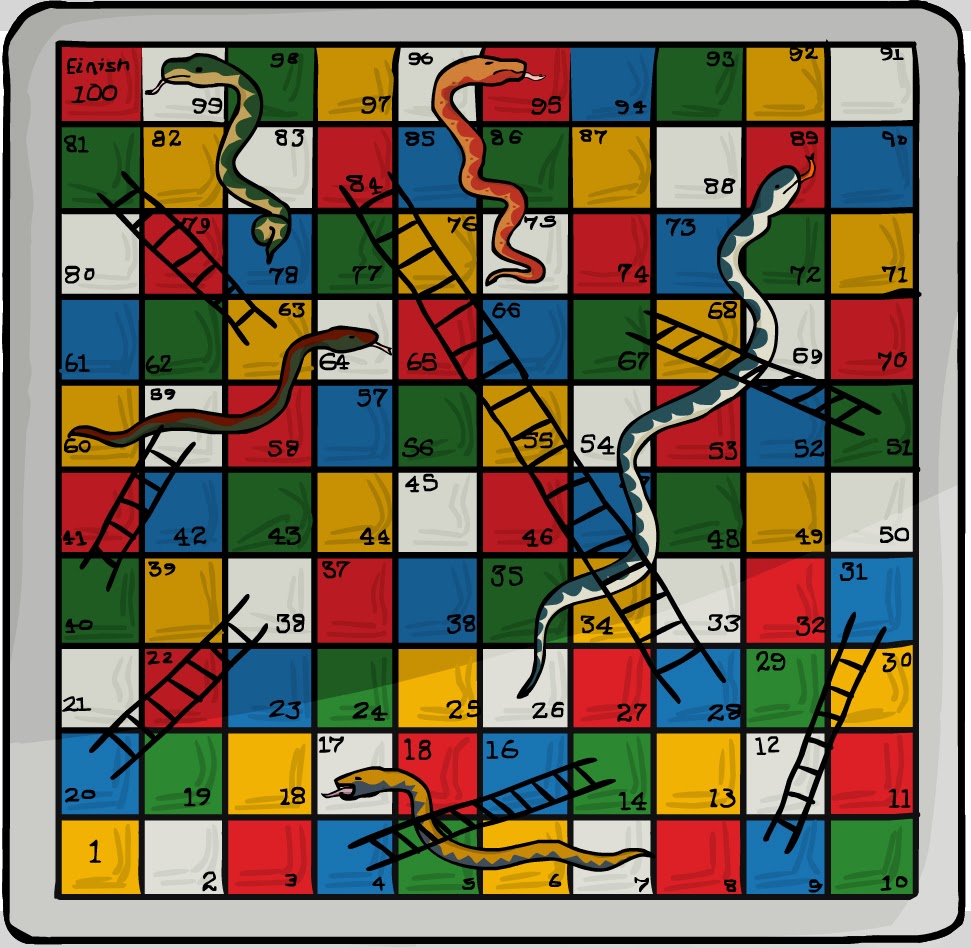 Over the last couple of years I seem to have landed upon all the snakes as it seems to have been a case of one step or forward, two back.  I must admit that the snake I am about to land on is not unexpected.  I have just received the dates for my next round of surgery and so will be heading back towards square one.

In the meantime however, with three weeks training under my belt I will be heading off to the small village of Dent in the Yorkshire Dales for the 14 mile 379 yd Dentdale Run.  It's funny how priorities change.  I remember when I used to, pre-race try to determine my chances of winning the race.  Now it seems to be a case of trying to determine whether I will get finished before dark!

With my enforced rest looming it will give me some more time to catch up on some reading.  Mind you much more and I may have to change the title of this blog to denty's running book review blog.  But let's hope not.

I have no set plans for getting back yet and am just waiting to see how things go.  Hopefully recovery will be on a par with last time.  Anyway I have entered the Blaydon Race in June and The Bridges of the Tyne 5 in July and intend to be back in some sort of shape by then.