No Pussyfooting is the title of an album by Robert Fripp and Brian Eno which I bought way back in about 1973, if memory serves my right.

No Pussyfooting, I have decided is going to be the slogan I take into 2013. 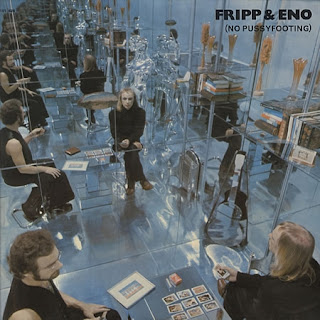 Normally, people review their achievements at the end of the year and use the information to set targets for the coming year.

Well, certainly for the last two years, due to injury, illness and my tendency to be side- tracked, any targets I have set myself have been, for want of a better way of putting it - fickle.

Things seem at last, to be starting to move in a positive direction with regards to my running.  So rather than wait I am setting my targets for 2013 now.

I have decided to split my targets into A and B races, with any other races I do being treat as C races and used as part of my build up to the A races.

Also because I like to do something different now and again and hence often become side tracked I am building this into my targets for the year also, classified under 'other' I will have an A and a B target.

I have also kept the number of targets down to a minimum but also tried to structure them in a way that will compliment each other and allow, as far as possible, for the training to be progressive.

So no more pussyfooting about - my targets for the next 14 months are:

An argument for more evening races?

Could this be why I always seem to run better in training than in races - I mostly train at night!

A recent study by Parry,Chinnesay & Micklewright, published in the Journal of Sport and Exercise Psychology claims that you feel as though you are running faster in the night-time darkness than during the daylight.

When running at night, in the dark, objects further away are not visible to you and you have only close-by objects to use as reference points.  You therefore, get a greater sense of speed compared to running in the daylight.

I think I shall have to have a look around for some evening races this winter - put the theory to the test.

I remember a few years back that there used to be a series of 5 mile races held in the dark winter evenings around an industrial estate in Newton Aycliffe and I had some pretty good results then.  The first one I ran in 25.04.  However, the course was found to be short and re-measured.  The second race on the re-measured course I did in 25.11 (still my pb for 5 miles).
Posted by Alan Dent at 13:10 No comments:

Last night, as I had agreed to pick my daughter up from Hexham Railway Station and I only had a short recovery run planned for the evening I decided to have a change of scenery and combine the two. 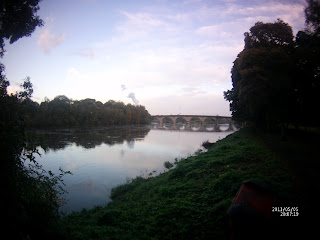 Luckily I managed to squeeze the run in between the as ever heavy rain for an enjoyable 4 mile plodge along Tyne Green and the banks of the River Tyne. 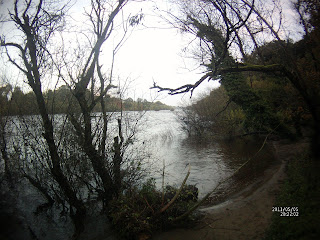 The recovery run following on from Tuesday.s 6 mile progression run with a mile warm down. 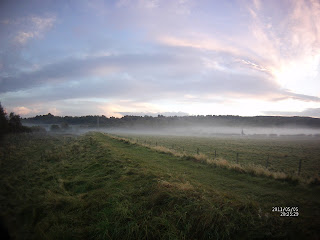 Feeling heavy but not too old

Following the unplanned 14 miler on Wednesday, last nights session was a 'good paced' 9 miles from Blaydon around Newburn Business Park and back.

I must admit to feeling rather heavy and tired this morning so a shorter run is on the cards for this evening.

I am frequently asked by (non - running) aquaintances questions like, when are you going to stop runing? Aren't you a bit old to still be doing this? Why do you still race at your age? and such like.  So I was quite interested when I noticed a debate on The Runningbug website on whether it is foolish to try to run faster when you are over the age of 40.

If you want to vote on this question you can do so here
Posted by Alan Dent at 12:59 No comments:

Email ThisBlogThis!Share to TwitterShare to FacebookShare to Pinterest
Labels: Runningbug

Although not a massive total, last weeks mileage was a significant increase on what I have been doing.  The aim, this week then, was to consolidate those miles with a similar mileage for this week .  Followed by a slight increase next week.

But things don't always turn out how you plan them.  The last few days have provided excellent conditions for running.  So much so, that last night as I set out for my planned easy 6 miles, I was seduced into extending the run to 14 miles (with 1696ft of ascent and descent).


﻿
﻿﻿ It was a perfect night for running as I chose a route which took in Ebchester, Whittonstall, Stocksfield and Hedley-on-the-Hill, before returning home to Medomsley.

When it comes to clothing , whether it be for day to day wear or for running, I tend toward dark colours, particularly black and blue and this created a bit of a problem last night.

As I tried (unsuccessfully) to bang the miles in before darkness fell. I found myself on the narrow, unlit country lanes between Hedley and Ebchester in total darkness.  Much to the consternation of a couple of drivers who happened to be using that route.
﻿﻿﻿
﻿﻿
﻿﻿﻿A timely reminder then, as the nights draw in, that it is  time to break out the reflective and lightly coloured running clothing.

That said, it was still a very enjoyable run.
Posted by Alan Dent at 07:52 No comments:

Perhaps we should spend a little time considering who will be watching our training sessions as well as where we carry them out Journal of Perceptual and Motor skills
Posted by Alan Dent at 13:47 No comments:

Email ThisBlogThis!Share to TwitterShare to FacebookShare to Pinterest
Labels: Journal of Perceptual and MotorSkills, Perceived effort

Its an evolutionary process 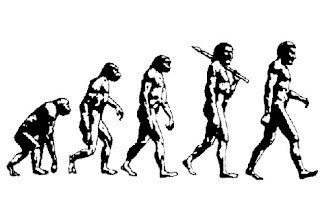 My journey, this morning, from bed to bathroom was a pretty good dramatisation of the ascent of man and my body's way of letting me know that I have significantly increased my training load in a short period.

Following a hard workout in the gym by way of a recovery session on Monday, 11 miles of which 7 miles were at tempo on Tuesday and last nights 10 miler with 4 x 5 mins, separated only by a steady 4 miles on Wednesday and I am starting to feel heavy and tired.

But, this is the start of yet another offensive, aimed at 'getting back'.  So although it will be shorter runs tonight and tomorrow, I will be rounding the week of with a 16 miler on Sunday.

In the grand scheme of things not an epic week mileage wise but it will represent in the region of a 40% increase on the weekly mileage I have been doing of late.

Following a wasted summer, running wise. The intention is to have a good solid winter and hopefully some improved race performances in the new year.
Posted by Alan Dent at 14:33 No comments:

Wet but mild conditions met the runners for yesterdays Preston 10km.  This years race was run on a slightly revised and remeasured course around Preston Town Centre and nearby parkland, but still included the steep climb between 8 and 9 kilometres which has proved to be my nemeses on my last two outings in this race.

Although I have turned out twice (Yorkshire Wolds and GNR) since my little health issue over the summer this was really my first time at trying to actually race since the incident.. 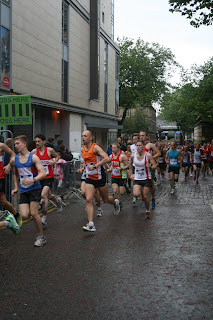 I started off steady in what was a bumper sized field for this years race but soon found myself among familiar faces from previous visits to the area. 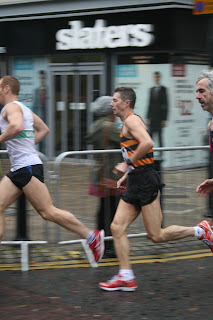 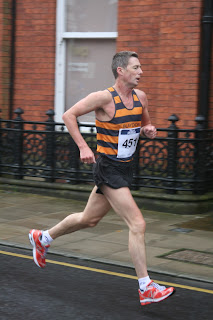 Although I dropped back slightly after the second mile I managed to pick things up again and work my way back up the field.  Hitting the hill at about 8km I was pleasantly surprised that I was able to climb it more comfortably than in previous years. But ' the sting is in the tail' as they say, and it was coming off the top of the hill that I started floundering with the result that I fell apart over the last 1000m or so, dropping at least a half a dozen places, to finish in 44th place in 40.02. 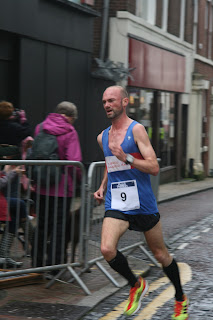 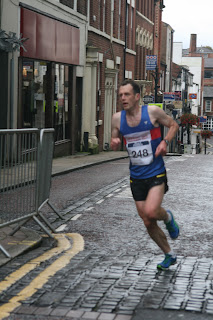 This gave me third M55 behind Joe Swarbeck and Red Rose runner Ken Addison (39.59).  The race was won by Preston Harriers' Robert Alllack from club mate Gethin Butler in 33.14.

The ladies race was won by Claire Bruce. 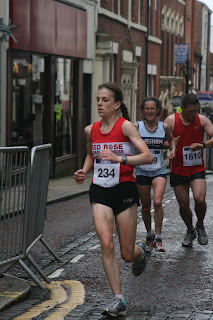 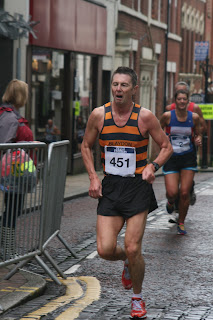 So, now its once again, back to the drawing board to add a bit more structure to the training along with a few more miles which will hopefully lead to faster races.

photos by Francesca
Posted by Alan Dent at 08:32 No comments: