The only thing that has been consistent in my running over the last two weeks has been the rain.  Rain which seems to never end and actually becomes heavier when I go out for a run.  The weather aside, last week went very well with two good sessions and my biggest mileage week of the year so far (58 miles).

I had planned to do 20 miles on Sunday but a couple of painful twinges from my left calf towards the end of the run persuaded me to take a short cut home, with the result that I only did 19.  Mindful of having only just recovered from calf strain, this week has consisted of easy running with the view to being able to pick things up again over the weekend and into the early part of next week.  Before easing down to race on Bank Holiday Monday.

Last night I was watching Question Time on TV and the general theme of discussion revolved around the austerity measures we are having to endure as we hit a double dip recession.  This being Olympic year it reminded me of a book that I have had lying around the house for some time but only just started reading, The Austerity Olympics by Janie Hampton. 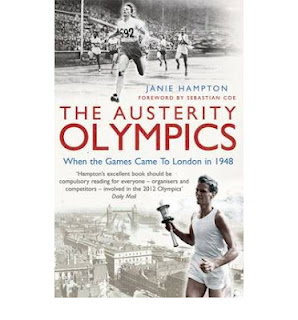 A history of the 1948 Olympic Games in London.  The austerity was due to different reasons, with the second World War having recently ended, areas of  London still a bomb site and food rationing still in place.

The entire budget for the Games was £760,000 (I think the original budget for this years games was in the region of £4.2billion) and the Games were sponsored by a cigarette manufacturer.

Visiting country's teams brought their own supplies of food and competitors were taken to their events by London Bus or caught the Underground.  With many of the British competitors using their annual leave from work in order to compete.

But spectators were treat to famous performances including the Mens 10000m and 5000m where Emil Zatopek  won gold and silver and in Womens 100m, 200m, 80m hurdles and 4x100m relay where Fanny Blankers-Koen won gold in each event.
Posted by Alan Dent at 12:06 No comments:

I have eventually found the official results for last Sunday's Sand Dancer Multi-Terrain race.  My overall position was 22nd with a time of 39.03 for the approx 10km.

Full results can be found at Sand Dancer 10km

And here are some more photographs from the day courtesy of Francesca: 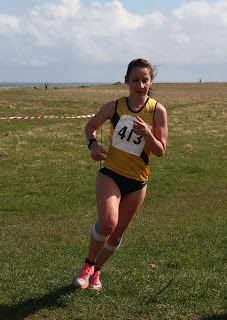 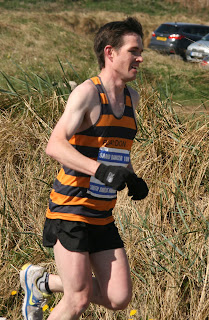 Mid week report and more on The Mile v 1500m

Following on from Sunday's race, Monday was an easy 7 miles along the Derwent Walk.

Last night, however, I decided to pick things up a little, and a group of us did a 12 mile run which included 3 x 10 mins with 3mins jog recovery.

The route was a 2 mile loop around Shibdon Pond by myself before joining the group and heading off along the Keelman's Way, behind the Metro Centre, into Gateshead, crossing the Swing Bridge into Newcastle,  heading back along the riverside path by the Tyne, to Scotswood, crossing Scotswood Bridge and the following the path alongside the Derwent into Swalwell.

All of which has left my legs feeling a little heavy this morning.  So another easy paced run planned for this evening.

Back in February, I posted about the demise of  'The Mile' and a campaign that was starting in America to 'Bring Back the Mile'.

Having just read Rob Hadgraft's blog Diary of a Clapped out Runner his recent post puts the blame as to the demise of the Mile firmly at the door of the French.  Putting forward the following theories: 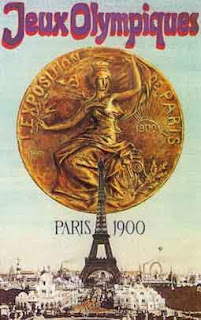 Firstly, that the introduction and start of the growth in popularity of the 1500m was a matter of convenience. As the French are a Metric nation, they started competing over 1500m in the 1890's, the distance coming about as they laid 500m tracks such as the one used for the 1900 Olympics.

Secondly, that the introduction and promotion of the 1500m came about as a result of anti-English feelings in France, which coincided with the revival of the Modern Olympics by Baron de Coubertin.  The argument being:

".... authority of the Mile had to be challenged in order to give the metric measures their own identity or integrity.  1500m is close enough to the Mile to be a meaningful athletic distance, but different enough to NOT be English!"

Yesterday was a welcome return to racing at South Shields Sand Dancer Multi - Terrain race over approximately 6 miles.  Although I have not found a copy of the official results yet, I believe I finished about 21st position overall in 39.03.

The day started bright and sunny with a cold, strong, northerly wind.  However just prior to the start we had the treat of a heavy downpour and although this ended as we toed the start line the strong wind persisted.  This made for some tough going over the two laps on the very exposed 'Links'.

Not sure as to how I was going to fair, I set of at a steady pace with the aim of trying to work my way further through the field.  A tactic that was quite successful and also gave me the advantage of having other runners around to help provide some focus and at times, shelter on the 'into the wind' sections.

As we entered the second loop of the 'Links' I had managed to get onto the back of club mate Luke Aston, then turning into the wind, I pushed passed,with a Jarrow runner and Steve Marshall of Durham up ahead. 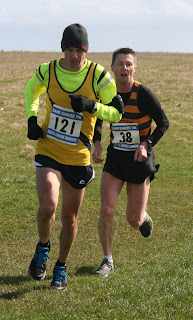 Although I did manage to catch and eventually pass the Jarrow lad I could do no more than close the gap a little on Steve as the race finished on the track at Gypsy Green Stadium.

The race was also held in conjunction with the VAANEE championships and although I finished third M50 overall I actually won the Championships.

So all in all a pleasing return to racing - I think I had better get the fixture list out and start entering some more races.

Thanks to Francesca for photos
Posted by Alan Dent at 13:32 No comments:

The week so far

Training this week has gone well, with steady runs on Monday and Wednesdy, a pyramid session on Tuesday and a progression run last night.

Last nights session was particularly pleasing as I was feeling very tired and lethargic before hand but having dragged myself out it turned into a very enjoyable run along the Derwent Walk and around the Gill loop.

Easier runs today and tomorrow then, should set me up hopefully, just right for the Sand Dancer 10km on Sunday.

Having got over the snow of last week and having been soaked by all the rain, just about everyday this week, it seemed  a little odd that picking up the Athletics Weekly the first article I noticed was one saying that due to a hosepipe ban in certain areas of the country,  The Steeplechase  was under threat at athletics meetings throughout this summer in the south of the country.
Posted by Alan Dent at 09:52 No comments:

A spot of spectating

As Blaydon men did not have a team entered for the Elswick Relays I decided on a spot of spectating:


A couple of months ago a new on-line magazine was launched called North East Runner.   As its name suggests it is devoted to running in the North East of England and is well worth checking out at http://www.northeastrunner.co.uk/  I am also one of the bloggers for  the site so if you want a double dose of my thoughts please check it out.  I promise any posts will be different from the ones that appear on this blog.
Posted by Alan Dent at 11:23 No comments:

What happened to the spring weather

Having been spoilt with blue skies and warm sunny, spring weather for the past two weeks it came as a bit of a shock to find myself ankle deep in snow for yesterday evenings run.

The plan had been for some interval work in the form of a pyramid session but in light of the snow,near gale force winds and the temperature at 0c.   I decided to postpone this in favour of some steady miles.  As it was still fairly light I headed across the fields down to the Derwent Walk, up to Consett across the old steel works site onto the Waskerley Way, then up to Leadgate, Brooms, Bradley Cottages and back to Medomsley.

Only one problem, on completion of my run I discovered that the power was down and that we had no electricity. In fact we still don't, some 15 hours later.

Bright sunny and warm conditions were once again the order of the day for yesterdays 16 miler and with another 50 miles banked for the week, things are progressing quite nicely.  So much so that, at last, I think its time I started racing again.  So first one back will be South Shields Harriers "Sand Dancer" 6 mile multi-terrain race a week on Sunday.

Last week I posted about ultra-runner Micah True being reported as missing after having gone out for a 12 mile run.  The sad news is that he was found dead in the Gila Wilderness of New Mexico on Saturday night.
Posted by Alan Dent at 10:37 No comments: